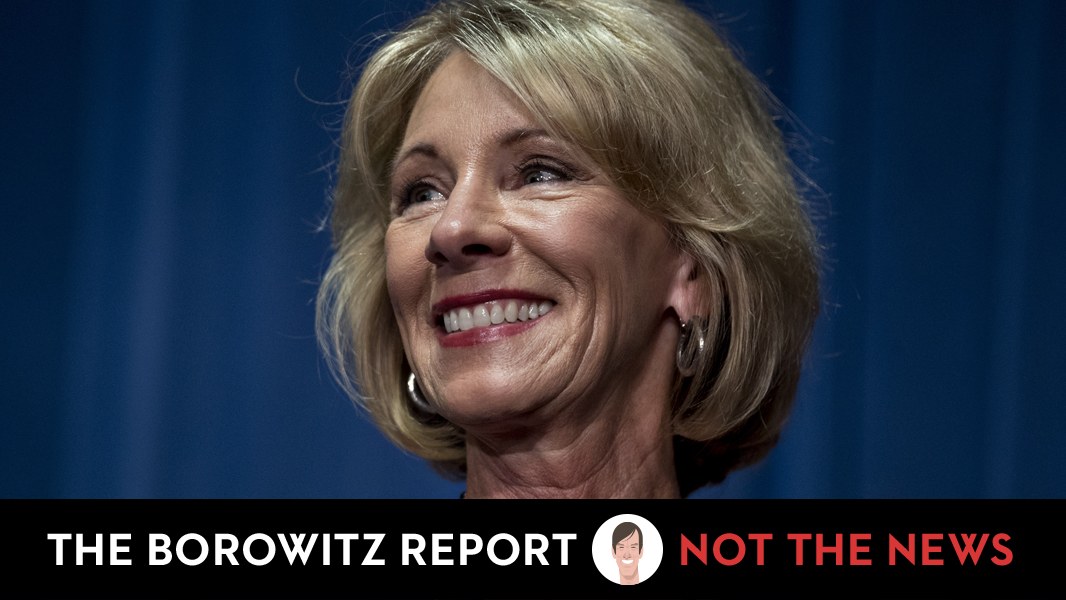 WASHINGTON (The Borowitz Report)—Education Secretary Betsy DeVos is being dispatched to Pyongyang in what the White House is calling a high-stakes mission to reverse North Korea’s years of progress in math and science.

DeVos, who is expected to arrive in Pyongyang later this week, plans to throw a monkey wrench in North Korea’s swiftly advancing nuclear program by replacing its current system of training scientists with a dizzying array of vouchers, sources said.

According to the White House, it is hoped that, after a few weeks in North Korea, DeVos will succeed in returning that nation’s nuclear program to pre-1970 levels.

“If anyone can get North Korea’s missiles to start blowing up on the launchpad again, it’s Betsy,” Sanders said.