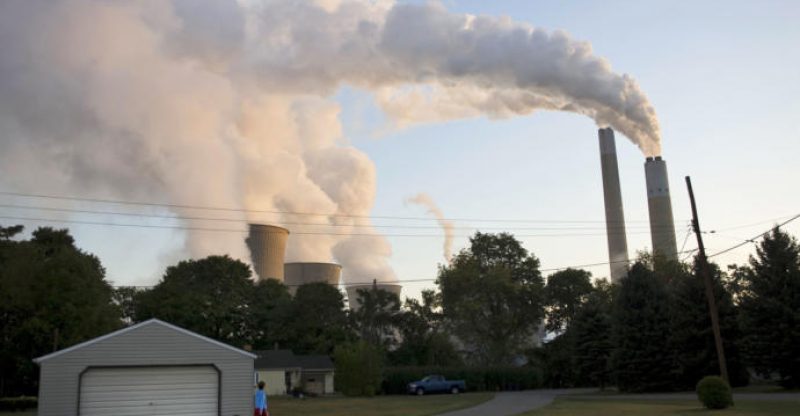 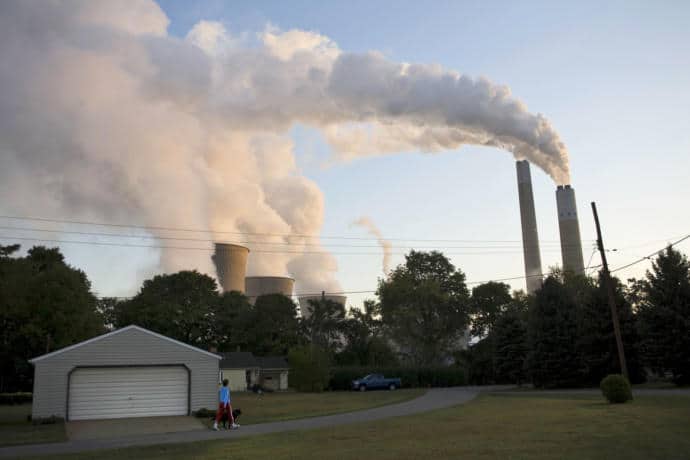 The President’s latest executive order would scrap regulations critical to addressing climate change. But would it also, as he promises, put miners “back to work”?CreditPHOTOGRAPH BY ROBERT NICKELSBERG / GETTY

On Tuesday, less than two weeks after the White House unveiled its “budget blueprint to make America great again,” which proposed to reduce the Environmental Protection Agency’s funding by $2.6 billion and lay off about a fifth of its workforce, President Trump took aim at the E.P.A. once more. On a dais in the Map Room of the agency’s D.C. headquarters, Trump gave a thirteen-minute-long speech celebrating “a new era in American energy,” as thirteen “incredible coal miners” stood silently at his side, like shy and stocky pageant contestants. They were the physical embodiment of this new era—white, middle-aged, clean-shaven, strong—which was about to be signed into existence with a sweeping executive order on energy and environmental policy. Mining is what they “want to do,” Trump said. “They love the job. I fully understand that. I grew up in a real-estate family, and until this recent little excursion into the world of politics I could never understand why anybody would not want to be in the world of real estate.” To put the miners “back to work,” the President announced, he was lifting the moratorium on coal leases on federal lands. He was also ordering a review of his predecessor’s Clean Power Plan, that “crushing attack on American industry.”

During the speech, Trump never once mentioned climate change, although his order seems designed to cleanse the E.P.A. of what Senator James Inhofe, Republican, of Oklahoma, recently described as “all the stuff” on the agency’s Web site “that is brainwashing our kids.” This stuff—climate science—is what drove many of President Obama’s environmental policies, including the Clean Power Plan, the centerpiece of his climate legacy. The C.P.P., which places limits on carbon emissions from existing power plants and would have forced hundreds to close, was the product of years of debate and negotiation between industry and environmental groups, economists, and policymakers. Many activists felt that the end result was too weak. “The conflicts between environmentalists and the E.P.A. in creating the final rule for the Clean Power Plan were legion,” Eileen McGurty, a former E.P.A. science adviser who teaches environmental studies at Johns Hopkins University, told me. John Reilly, a co-director of M.I.T.’s Joint Program on the Science and Policy of Global Change, called the C.P.P. “relatively timid.” But Trump’s executive order, he said, is “simply ignorant.” The C.P.P. is crucial to helping the U.S. meet its commitments under the Paris Climate Agreement, part of the world’s eleventh-hour efforts to avoid catastrophic climate change. It’s as if, Reilly said, “you see a risk ahead and poke your eyes out so you don’t see it anymore.”

By now, avoiding talk of climate change has become an apparent point of pride in the Trump Administration. The irony of the executive order, as many analysts have already pointed out, is that it denies economic realities, too. The C.P.P., Reilly said, largely locked in “what was going to happen anyway”—namely, a steady decline in the demand for coal caused by Trump’s beloved free market. Renewable-energy sources are becoming more competitive by the year, and, thanks to the fracking boom, natural gas has largely replaced coal as a cheaper, cleaner-burning fossil-fuel alternative. Repealing the C.P.P., Reilly predicted, “will do little or nothing to help out-of-work coal miners.” Even Robert Murray, the C.E.O. of Murray Energy, the country’s largest private coal company, recently said that coal jobs weren’t going to come back in the multitudes that Trump has promised. One economist, who co-authored a study of the C.P.P. in 2014—a study paid for by the fossil-fuel sector—told me, “I think it’s a load of crap that this will do anything for the coal industry.” (The economist asked to remain anonymous for fear of reprisal.)

In the past several months, White House officials have often repeated that, whatever policies Trump implements, the E.P.A. will continue to enforce the rules that “provide for clean air and clean water,” as mandated by Congress. But it is difficult to see how this assurance could be true. Several studies have found that the C.P.P. itself would dramatically improve air quality. Indeed, economists have projected that the cost of implementing the C.P.P. would be recovered in public-health benefits alone, since it would reduce soot-and-smog-forming emissions. This is especially true for communities downwind of coal plants, which have been suffering for decades. According to the E.P.A.’s own estimates, the C.P.P. would help prevent as many as thirty-six hundred premature deaths, seventeen hundred heart attacks, ninety thousand asthma attacks among children, and three hundred thousand missed workdays and school days every year. A study published in January in Environmental Science & Technology suggests that low-income communities will bear the brunt of Trump’s changes. But one of the co-authors, Noelle Selin, told me that no one will be completely immune. “All of us will see air-quality decline,” she said. “Particularly in the northeast U.S.”

For years, even under the Obama Administration, environmental-justice groups and community advocates accused the E.P.A. of being too accommodating to industry interests, of ignoring their complaints, and of generally taking far too long to respond to concerns about toxic neighborhoods. But now, McGurty said, the two factions appear to be uniting against a level of deregulation unseen since the agency was founded, in 1970. For all their past antagonism, environmentalists recognize the tremendous value of the E.P.A. “They are the watchdog,” Lisa Garcia, an attorney with Earthjustice and a former senior adviser to the E.P.A.’s administrator for environmental justice, told me. “You can argue that they weren’t the best at it, but even a bad watchdog is better than no watchdog.”

While Trump’s order directs the E.P.A. to begin rewriting the C.P.P., he does not have the legal authority to revoke it outright. Environmental groups have already vowed that they will mount legal challenges to save it. And, because the C.P.P. is already tied up in litigation, the E.P.A. must request permission from the U.S. Court of Appeals for the D.C. Circuit to reconsider the rule. Eventually, assuming Trump is successful, an army of agency employees will be tasked with building a case against the very regulations that they spent many months drafting. When the time comes, though, such an army may no longer exist. Trump’s proposed cuts to the E.P.A. budget would result in the elimination of approximately thirty-two hundred jobs.