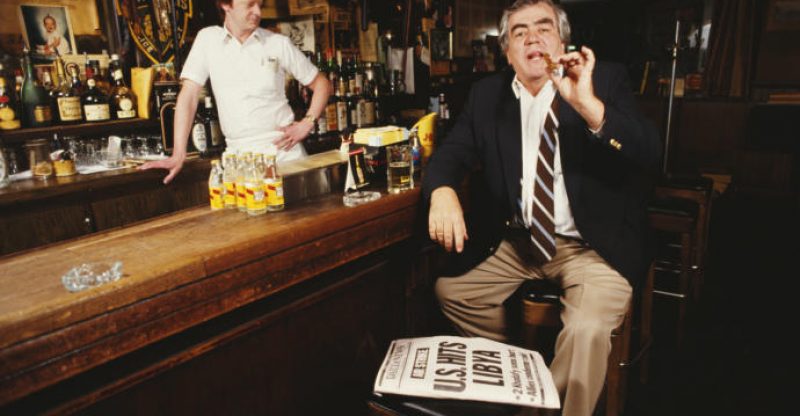 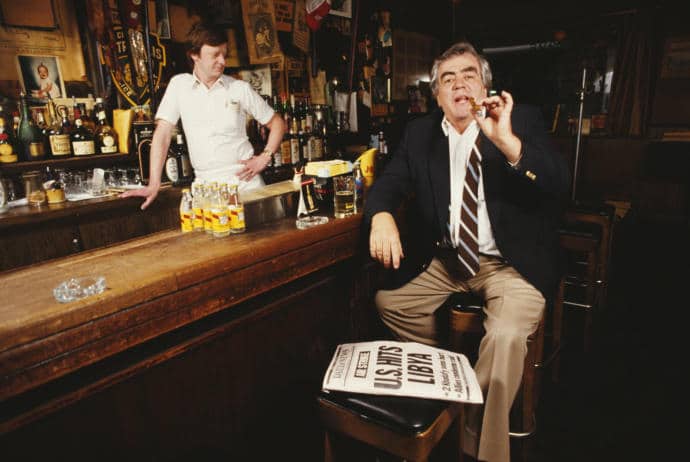 The death of Jimmy Breslin, pictured here in 1986, the same year he won a Pulitzer Prize, ends a storied era in American journalism.CreditPHOTOGRAPH BY MICHAEL BRENNAN / GETTY

Jimmy Breslin’s first big break came when he was hired, in 1963, as a columnist for the New York Herald Tribune. There was a reason so many American newspapers were called Tribunes, after the Romans who represented the plebes. These newspapers, many now dead or much diminished, saw themselves as voices of the people, a concept that today sounds almost quaint. All over the country, shoe-leather columnists became local celebrities when they wrote with wit and empathy about ordinary people and savaged the powerful. At their best, they captured the soul of a particular city, helping to create an identity that digital journalism—with its global reach but clumsy local coverage—often cannot. When I was growing up in Chicago, my god was Mike Royko, who ended his career at the Chicago Tribune, but the most famous and influential was Breslin, whose death, on Sunday, ends a storied era in American journalism.

Jack Newfield described Breslin as “Charles Dickens disguised as Archie Bunker.” Mike Lupica said that “watching Jimmy write was like watching Willie Mays play baseball.” Between novels and other books, Breslin managed to crank out four or five columns a week, most memorably for the New York Daily News, a publication that still exists but is now painfully thin. His run extended through the second half of the twentieth century, from 1951, when he covered a drunk Senator Joe McCarthy arriving at LaGuardia Airport and knew he was a liar (because he lied about being on his way to attend mass, which had already occurred), to 2001, when he happened to be on Liberty Street in downtown Manhattan on September 11th, and wrote about running from the smoke, and about the firefighters who didn’t. In between, he brought his talent and ego to bear on nearly every big national and local story of his time—Vietnam, Watergate, the Mafia, Son of Sam—and thousands of little ones, from the homeless man who slept on a median strip to the Latina cop wrongly fired for posing nude for a magazine before she joined the N.Y.P.D.

Breslin made his name covering the assassination of President John F. Kennedy. He arrived in Dallas on the night of November 22, 1963. The next day, he stuck with the doctors at Parkland Hospital after other reporters left and interviewed them with a novelist’s eye for detail. He found the undertaker who provided the casket, and enlisted his wife to use their Queens parish to find the Dallas priest who administered last rites. That evening, he filed a twenty-five-hundred-word story for the Herald Tribune that contained so much chilling and evocative detail that readers might have thought there were seven people, not six, inside Emergency Room One: the dying President, his wife, Dr. Malcolm Perry, Dr. M. T. Jenkins, Dr. Kemp Clark, Father Oscar Huber—and Jimmy Breslin. Breslin wrote that Perry “saw only the throat and the chest, shining under the huge lamp, and when he would look up or move his eyes between motions, he would see this plum dress and the terribly disciplined face standing over against the gray tile wall.”

Two days later, Breslin followed his masterful coverage of the biggest story in the world with a lyrical column on Clifton Pollard, the modest man who dug Kennedy’s grave, at Arlington National Cemetery. “It’s an Honor” is still taught in journalism schools as an example of how to find a new angle on a big story by staying away from the press pack, which was covering the funeral that day.

Before Breslin, columnists were mostly Washington thumb-suckers (Walter Lippmann), inside-dope merchants (Walter Winchell), or Hollywood wags (Ed Sullivan). He studied Damon Runyon, whose life he later chronicled, and the forgotten sportswriter Jimmy Cannon, in order to fashion a fresh, often comic tabloid voice. In the sixties, Breslin was often associated, along with Pete Hamill, Tom Wolfe, and Gay Talese, with a movement called the New Journalism, which brought the techniques of fiction to first-person nonfiction. Breslin didn’t like the term. He preferred to think of himself in the tradition of nineteenth-century swashbuckling reporters.

Breslin was often accused of using New Journalism composites and too-perfect quotes. A. M. Rosenthal, the executive editor of the Times, once travelled to Queens to prove that Breslin had invented characters like “Klein the Lawyer” (a sleazy attorney), “Marvin the Torch” (an arsonist for hire), and “Fat Thomas” (a four-hundred-plus-pound bookie). Rosenthal met them and admitted that they were real people, though he was right that Breslin had embellished them under the cover of nicknames—a tradition among that generation of columnists (Royko did it, too) that most readers understood was tongue in cheek. For years, establishment editors, who belittled the tabloids for their sensationalism and disliked Breslin’s moody narcissism, kept him from receiving the Pulitzer Prize. Breslin finally won it, in 1986, for columns on AIDS patients, police abusing suspects in a Queens police station, and the case of Bernhard Goetz, the “Subway Vigilante,” who became a white-working-class hero when, threatened on the subway, he shot four black teen-agers. Breslin showed that he shot two of them in the back.

Journalism is in transition, skewed by a digital business model in which talk is cheap and reporting is expensive. It costs much less in time and money to have writers pontificate about Donald Trump than it does to send them to red states to find out why so many people voted for him. One explanation for our debased civic discourse may be the decline of a sense of community that the old local columnists once helped provide. Isolation feeds resentment, which can be exploited by the President, talk-radio hosts, and other media provocateurs. But it can also be channelled into pressure for change by talented journalists working on behalf of the people. There are still columnists and reporters doing great work (especially on Trump since the Inauguration), though not as many are getting out of the office and “climbing the tenement stairs,” as Breslin described the essence of his craft. But, toward the end of his life, I found him surprisingly sanguine about the chances of these human stories surviving the demise of tabloids and being told online. Were he writing now, he would be seeking out stories on the personal consequences of Trump’s health-care and budget plans. And he would tell those stories with a little more fun and a lot more rage.