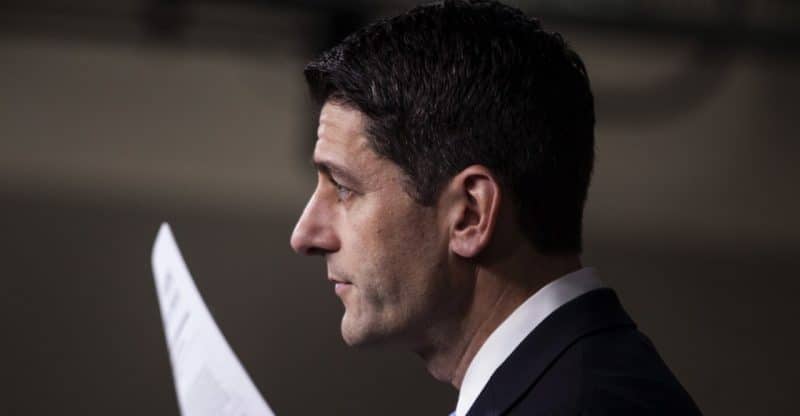 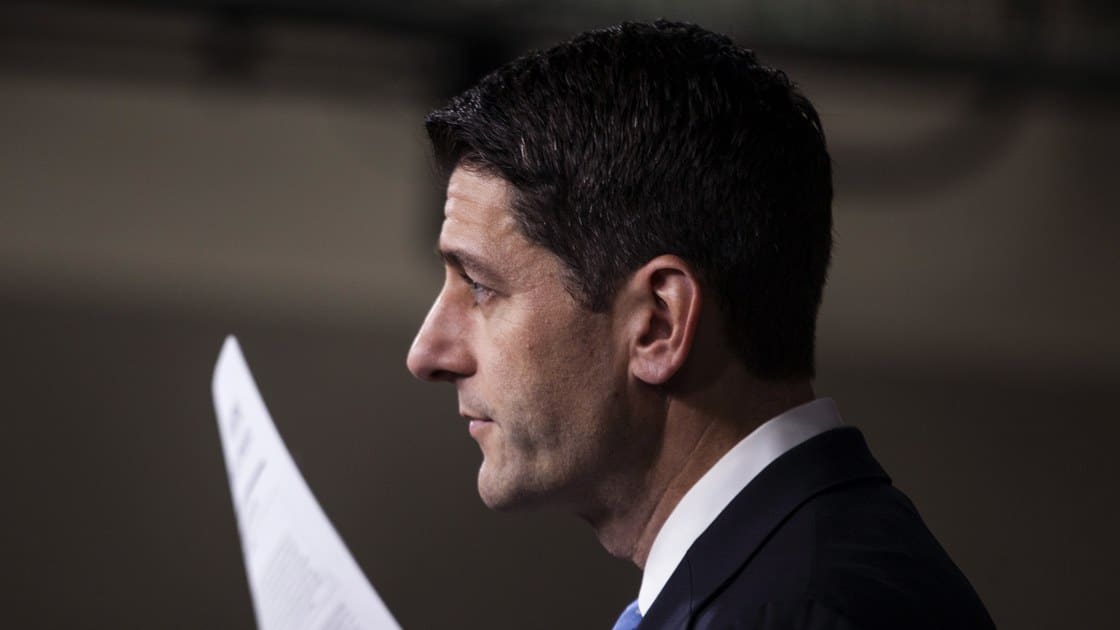 When the nation someday tries to understand the tortured history of the Affordable Care Act, which the House voted to repeal more than fifty times before actually doing so, students of history will surely dwell on the important contribution of Paul D. Ryan, the Speaker of the House, who will not be treated kindly. Part of the reason is his facility for the language used in Washington—a modern tongue that outsiders find mildly incomprehensible and which, in translation, reveals depths of emptiness and chilliness. Ryan’s words come in an unending stream spoken earnestly, and confusingly, to enough television cameras that some listeners are persuaded that he has something thoughtful to say, and that they should ignore the disturbing single-mindedness.

As the Senate lurches to take its turn on a repeal bill, its mysteries finally unveiled by the sly Majority Leader, Mitch McConnell, and described in alarming detail by my colleague Amy Davidson, the nation can witness the spectacle of elected officials, all with access to first-rate health care—their insurance generously subsidized by taxpayers—discussing ways to scale down, or eliminate, protection for millions of Americans who don’t hold public office and can only hope that they, or their families, don’t get expensively sick.

Ryan, like other repeal enthusiasts in Congress, hasn’t had to worry about that as much since he was first elected to Congress, in 1998, at the age of twenty-eight. Before that, he’d worked as a legislative intern for the former Wisconsin senator Bob Kasten, and then for Empower America, a conservative policy group founded by, among others, Jack Kemp, the former congressman from western New York, who was fascinated by economics and whom Ryan regarded as a mentor. Before Kemp served nine terms in Congress, he was a star football player for the Buffalo Bills, an aspirational sort of job for many Americans. Ryan’s career is not one with which most Americans—at least those who don’t hold some public office, with generous benefits—can identify.

Some of the economic ideas proposed by Ryan were once described by the former House Speaker Newt Gingrich, in a lucid moment, as “right-wing social engineering.” Ryan, not long ago, gave more proof of that in an extraordinary interview with Fox News’s Tucker Carlson, who did an admirable job of trying to coax Ryanese into English. The interview began with Carlson asking about the “Better Way” House version of the repeal bill, and the rationale behind eliminating a tax (on net investment income) that, Carlson noted, “only kicks in on couples making more than a quarter million dollars per year.” The colloquy continued:

CARLSON: So, it’s a tax on wealthy investors. And you’re eliminating it, in a health-care bill. My question is, looking at the last election, was the message of that election really, we need to help investors? I mean, the Dow is over twenty thousand. Are they really the group that needs the help?

CARLSON: The overview here is that all the wealth basically in the last ten years is stuck to the top. That’s one of the reasons we’ve had all this political turmoil, as you know. It’s so kind of a hard sell to say, “Yeah, we’re going to repeal Obamacare, but we’re going to send more money to people who have already gotten the richest over the last ten years.” That’s what this does, no? I’m not leftist; that’s just true.

RYAN: I’m not that concerned about it, because we said we were going to repeal all of the Obamacare taxes, and this was one of the Obamacare taxes. The other point I’d say is this dramatically helps us for tax reform. I know this gets a little wonky, but, by getting rid of the Obamacare taxes, the next bill coming up this spring and summer is tax reform. That means the new tax code that we are proposing—we put this in our Better Way plan, too—it’s part of our blueprint. . . . Meaning, when we have a new and replaced tax code . . . it won’t have to also replace the Obamacare taxes. So, getting rid of all of these taxes, we’re lowering the revenue that is taken out of the American economy, out of families, out of businesses, for government, and we think that is really important.

A little wonky, and a lotta doubletalky. When Ryan talks about revenue being taken out of the “economy” and going “for government,” he’s saying that “government,” of which he is very much a part, and of which he is a beneficiary, is something disconnected from the nation, rather than an imperfect entity springing from the motto “e pluribus unum”—from the many, one—the idea that Americans, for all their differences, are one people. In the service of President Donald Trump, Ryan, like so many others, has come to resemble Lepidus in Shakespeare’s “Julius Caesar,” as described by Marc Antony: “This is a slight unmeritable man / Meet to be sent on errands.”

Ryan’s lack of traditional work experience may help the Wisconsin ironworker Randy Bryce, an Army veteran with a strong interest in health care who recently announced his very long-shot goal of defeating Ryan in 2018. Perhaps by then Bryce, and others, will try to stop using popular, easy labels and try, instead, to answer a fundamental question: How much do America’s elected officials really care about the people they represent? The Jack Kemp I knew when I lived and worked in Buffalo, whom I once wrote about, cared a great deal. He was a man of contradictions; a compassionate, Laffer-curve conservative—David Frum once noted that Kemp called himself “progressive, conservative, radical, and revolutionary”—committed to racial justice and improving the lives of impoverished Americans. He was Ryan’s mentor, perhaps, but Ryan seems to have learned very little of what Kemp valued most.