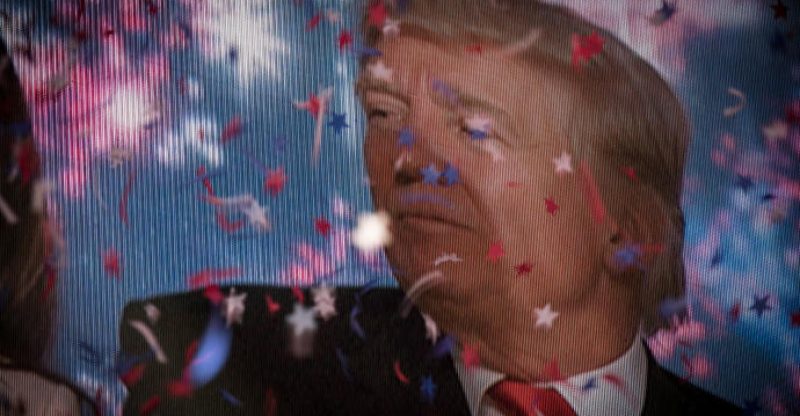 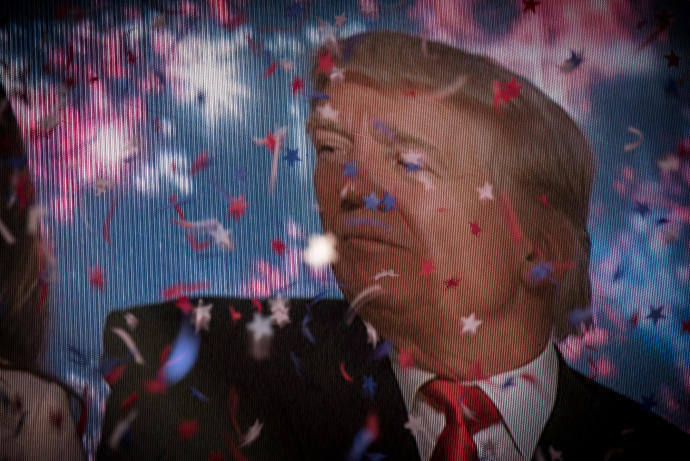 Unless someone in the White House can find a magic potion capable of changing President Trump’s character and behavior, efforts to reset the agenda won’t amount to much.CreditPHOTOGRAPH BY DAVID BUTOW / REDUX

The latest Trump Administration reset has begun, or so we are being asked to believe. On Tuesday, Mike Dubke, the White House communications director, confirmed that he was leaving his job after just three months. There is also talk of the Administration setting up a “war room” to deal with the Russia scandal, and assembling an all-star legal team to defend President Trump. Names like Ted Olson and Paul Clement, two former Solicitors General, are being bandied about. And rumors continue to circulate about who else will be coming or going. The potential exit of Sean Spicer, the White House spokesperson, has been the subject of whispers for weeks. And, according to Politico, on Monday Trump met with his former campaign aides Corey Lewandowski and David Bossie.

What does it all amount to? Unless someone at 1600 Pennsylvania Avenue can find a magic potion capable of changing the President’s character and behavior, nothing much. To put it in business terms, the White House’s problem can’t be resolved by firing the marketing team and hiring some external consultants. The problem is the obvious shortcomings of the primary product, Donald J. Trump. Here are six of them:

1. He isn’t Presidential.
Even in an era of hyper-partisanship, the Presidency retains an aura that can lift up the person occupying it. During the first part of his trip to the Middle East and Europe last week, Trump largely stuck to his prepared script, stayed off Twitter, and let the Presidency work for him. As pictures of him being feted in foreign lands were beamed back home, his approval rating rose five points, according to Gallup.

But Trump couldn’t see the trip through without a blowup. When he got to Brussels, he berated his fellow NATO leaders in public. Then he attacked the Germans, saying they were “bad, really bad” for exporting so many cars to the United States. After he arrived back home, this weekend, he quickly got back on Twitter and wailed away at his usual targets: the leakers, the media, and the Democrats. (For good measure, he also criticized Germany again.) It was almost as if he were sending a message to the members of his own staff who were suggesting that he might rein in his social-media presence.

2. He has limited bandwidth.
And that’s putting it nicely. Presidents don’t need to have Ph.D.s. They do need to be able to ingest a lot of information, focus on particular issues, and learn new things. In public, at least, Trump’s advisers insist that he can do this. ”He came here to learn,” Gary Cohn, the head of the National Economic Council, said at the G7 summit, in Italy last week. “He came here to get smarter.”

Why, then, did Trump launch his diatribe against the Germans on the eve of the G7 summit? On top of coming across as a boorish guest, he displayed his ignorance on trade—one of his signature issues. Evidently, he was oblivious to the fact that BMW, Mercedes-Benz, and Volkswagen have all set up factories in the United States, where they assemble many of the vehicles they sell here.

Was Trump briefed on the structure of the global auto industry before he spoke? It might not have made much difference. According to a report in Tuesday’s Washington Post, his attention span is so short that intelligence briefers are encouraged to keep written presentations to a page and to include a lot of visual aids, such as maps, charts, and photographs. Reuters reported earlier this month that some National Security Council officials, when preparing materials for the President’s review, have strategically included Trump’s name in “as many paragraphs as we can because he keeps reading if he’s mentioned.”

3. He won’t (or can’t) stick to a message.
The most dramatic example of this came after the James Comey firing, when Trump contradicted the White House’s official version of events, which was that the President had merely endorsed a proposal to get rid of the F.B.I. director that had come from Rod Rosenstein, the Deputy Attorney General. That departure from script wasn’t a one-off: Trump does it all the time.

On Sunday evening, he tweeted, “I suggest that we add more dollars to Healthcare and make it the best anywhere. ObamaCare is dead – the Republicans will do much better!” But just a few weeks ago, Trump held a celebration in the Rose Garden to mark the passage in the House of the American Health Care Act, which would cut health-care spending by $1.1 trillion over ten years.

Unless Trump can somehow be persuaded to be more consistent, it doesn’t matter who holds the positions of White House spokesman and director of communications. They will both have to spend most of their time trying to repair the damage that their boss inflicts on his own message.

4. He won’t delegate real authority.
All Administrations have rival factions, but most Presidents empower someone—their chief of staff, usually—to enforce discipline. In the Reagan Administration, for example, James Baker acted as the hammer. When David Stockman, the director of the Office of Management and Budget, was identified as the source of an embarrassing story about the Administration’s economic policies, Baker ordered him to have lunch with the President and grovel. In his memoir, “The Triumph of Politics,” Stockman recalled Baker telling him, “The menu is humble pie. You’re going to eat every last mother f’ing spoonful of it. You’re going to be the most contrite sonofabitch this world has ever seen.”

The only thing that’s clear about the power structure in the current White House is that Trump is in charge. Rather than empowering Reince Priebus, his chief of staff, Trump mocks him as “Reince-y” in front of other aides and openly encourages internal rivalries. Nobody is safe from the President’s jabs, not even Jared Kushner, his son-in-law. “It has been duly noted in the White House that Mr. Trump, who feels that he has been ill served by his staff, has increasingly included Mr. Kushner when he dresses down aides and officials, a rarity earlier in his administration and during the campaign,” the Times reported a couple of days ago.

5. The Russian saga is now a morass.
In firing Comey, Trump transformed a troublesome story that was causing him great irritation into a potential constitutional crisis. The appointment of Robert Mueller as a special counsel gave him another chance to pull back, but he failed to take it.

Such a course of action might have given Trump a bit of leeway, but, instead, Trump retreated further into his bunker on Tuesday, repeating one of his discredited theories about the origins of the investigation. “Russian officials must be laughing at the U.S. & how a lame excuse for why the Dems lost the election has taken over the Fake News,” he tweeted. Coming on top of the recent reports suggesting that Kushner tried to set up a back channel of communication with the Kremlin last December, such statements only fuel the suspicion that Trump is trying to cover up something.

6. He’s stuck with unpopular Republican policies.
When a President sees his popularity dip, the obvious response is to do something that voters like. But Trump has committed himself to two policy measures that are anything but popular: the House Republicans’ health-care-reform bill and a big tax cut for rich people and large corporations.

In a piece at the Federalist a few days ago, Ben Domenech, a conservative-leaning journalist and radio host, argued that Trump ought to back away from the Republican Party’s agenda and look to strike a deal with congressional Democrats on a number of big issues, including health care and taxes. He “should pivot to the more moderate populism that he ran on in the first place,” Domenech wrote, ”working to achieve a bipartisan Obamacare fix, a bipartisan tax reform that includes a new tax entitlement for new moms, a bipartisan infrastructure bill, a higher minimum wage, and no foreign debacles.”

This is an interesting idea. But it presupposes that Trump still has enough political capital to alienate members of the Republican leadership and the big conservative donors who back them. That’s far from clear. With the Democratic Party increasingly focussed on impeachment, Trump surely needs to retain all the Republican backing he can in Congress. Pursuing a strategy that endangers the continued support of Mitch McConnell and Paul Ryan would be a risky punt—it would take an artful and self-disciplined politician to pull it off. From all we know about Donald Trump, that isn’t him.