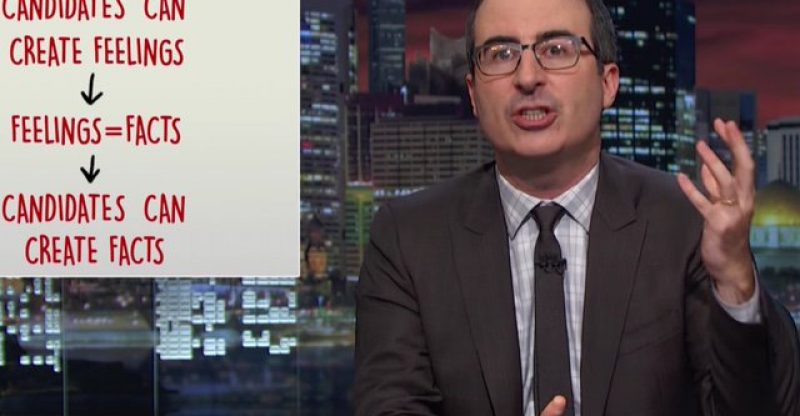 no comments
Share Tweet Share Pin it Share Stumble Email
Home
Opinion
Spike Lee “She’s Gotta Have It” Remake Is a Panorama of Anguish, Ambition, and Identity
This article originally appeared on this site.


When I interviewed Spike Lee in 2014, in his Fort Greene studio, his first words to me as we shook hands were, “When was the last time you were in Brooklyn?” (I had been to BAM about a month earlier.) Lee is a filmmaker of place; his movies have ranged wide, from Chicago to Italy, but he keeps coming back to Brooklyn, and his ten-part adaptation of his 1986 breakthrough feature, “She’s Gotta Have It,” which drops on Netflix tomorrow, is a story of place. It’s about more than what he calls, here and elsewhere, the “Republic of Brooklyn”; it’s about the Fort Greene neighborhood, long a predominantly African-American community, now a gentrifying one. (Like the original film, it also features a climactic Thanksgiving feast.)

Lee invented Brooklyn in movies, and his return to his own locale puts the borough, and, for that matter, the economics of its gentrification, at the very center of the action. “She’s Gotta Have It” the series has a very crowded center, with tightly overlapping and intertwining political and historical themes, intimate dramas and societal analyses. But Lee’s large-scale, nearly six-hour work seems nonetheless compact, because its ideas are so sharply focussed and so frankly, declaratively realized. It’s pointedly, furiously of its time, including a montage sequence set to Stew’s song “Klown Wit Da Nuclear Code” (whose music video Lee directed). But what it above all feels crowded with, and what distinguishes it as a major work in Lee’s career and of the time, is that it’s a passionately energized grab bag of Lee’s own obsessions and concerns, gravitating around one core: the very nature of black American identity, and its inseparability from American identity as a whole.

The series’s biggest shift, the reconfigured source of its power, which distinguishes it from the movie, occurs in the life of Nola Darling (DeWanda Wise), the twenty-seven-year-old protagonist. In the movie, Nola is a graphic artist who works steadily but inconsequentially on her own collage projects at home. In the series, she is an ambitious, large-scale artist, a painter with big-time gallery and museum dreams, visions of popularity and prosperity, that she’s working hard to realize—even while struggling to make the rent on an apartment that her landlord, Miss Ella (Pauletta Washington), an elderly black woman, reminds her could be rented out to white people who’d pay four times as much. The series, like the movie, is about Nola’s creative life, but also about sex, and her relationships with three male lovers: Jamie Overstreet (Lyriq Bent), a wealthy, married investment banker; Greer Childs (Cleo Anthony), a model and a fashion photographer with inchoate dreams of pursuing more personal projects; and Mars Blackmon (Anthony Ramos), a bike-riding, vaguely employed funny person (played by Lee himself in the movie) who, as in 1986, keeps his sneakers on his feet while in bed with Nola. There’s also Nola’s friend Opal Gilstrap (Ilfenesh Hadera), who is a lesbian; Nola’s therapist, Dr. Jamison (Heather Headley), with whom she discusses sexual matters as well as a wide range of personal questions that open up to her life as an artist specifically and her life over all; and Nola’s friend and former roommate Clorinda (Margot Bingham), who’s both a past romantic rival and an art curator trying to boost Nola’s career.

Where the movie considered Nola’s sex life in terms of desire and choice, the series is even more fixed on sexual trauma and its centrality both to her artistic life and to her over-all sense of identity. A sexual assault that occurs early in the action gives rise to Nola’s sudden burst of angry (but anonymous) creativity, which serves as both an outlet for her pain and a source of new anguish. A subplot involving Nola’s part-time job teaching art in a public school conveys the near-silent ubiquity of sexual trauma with a quiet force. (De’Adre Aziza, who plays the main teacher in that classroom, invests that character’s idiosyncratic mannerisms with tragic dimensions.) Lee’s analytical imagination links the culture of sexual assault with the crudely sexualized depiction of black women’s bodies in pop culture, as in a subplot involving Nola’s friend Shemekka (Chyna Layne), a waitress hoping to make more money as a men’s-club dancer; he also makes the authentic and constructive representation of black women’s bodies a central aspect of Nola’s art and ambition.

Nola Darling, in the series, is a self-described cinephile, and movie references, classic and modern, crop up throughout—starting with “Rashomon,” Akira Kurosawa’s 1950 drama depicting a rape and murder from three different perspectives. But where Lee’s 1986 movie, in which characters speak into the camera, documentary-style, seems actually to fulfill the notion of Nola’s three lovers providing three differing portraits of her, leaving her both at the center and somewhat opaque, the series also gives the characters their own voices, in direct address, not to define Nola but to speak of themselves, their lives, their complex identities.

The series unfolds the troubles between Jamie, who grew up in the projects, and his wife, Cheryl (Sydney Morton), a light-skinned black woman with money and connections who reproaches Jamie for his street-tough origins. It reveals the life of Mars, who is half-African-American, half-Puerto Rican, in the Fort Greene Houses, a housing project (which also figures in Lee’s 2014 film “Da Sweet Blood of Jesus”). Greer, who is half-French and has lived in France, brings back to Brooklyn the differing attitudes toward racial politics that he learned abroad. It presents the difficulties faced by prosperous black children confronting their identity in predominantly white private schools, and the troubles faced by poor black children from troubled families in underfunded and segregated public schools. In its depiction of these differences in black American culture and identity, “She’s Gotta Have It” is of a piece with and a large-scale extension of Lee’s three prior feature films, “Red Hook Summer,” “Da Sweet Blood of Jesus,” and “Chi-Raq,” which appear to be something of an accidental trilogy.

For Lee, the center of identity is cultural and artistic. Throughout the series, he constructs a virtual gallery, library, and phonothèque of forebears, references, inspirations, and delights, an instant classicism of conscious pleasures and under-recognized legacies. The boldly curated soundtrack of existing music, selected by Lee, is matched by his screen-filling shots of album covers (which become, in themselves, a poignant plot point), and his wide-ranging historical embrace gives rise to a vigorously impassioned sequence of Nola’s own tribute to the artists of her life. (Nola’s father, played by Thomas Jefferson Byrd in a pain-filled comedic performance, is a musician, as in the original film, where he was played by Lee’s father, the bassist Bill Lee, who also composed the movie’s music. In the series, unlike the movie, Nola’s mother, an actress, played by Lee’s sister Joie, is also an important character.)

The series keeps returning to the particulars of Nola’s struggle to live and work as an artist—to make a living, to stay in her apartment, or even in Brooklyn, to gain recognition for her art, to find a practical response to her overflowing, carefully cultivated, and self-conscious capabilities while also tapping into the deep streams of her identity, her desire, and her unexpressed, almost inexpressible pain. Its underlying themes are coping and surviving—of living and creating under circumstances that are as nearly unbearable as they are nearly unspeakable. It’s a vast, synoptic view of the state of black people’s lives— in Brooklyn, in Fort Greene, in the present day—and of Lee’s own, from the double perspective of what he sees now and of how the very ambitions and legacies that gave rise to the last thirty-plus years of his filmmaking translate into the present day, for himself and for a new generation. 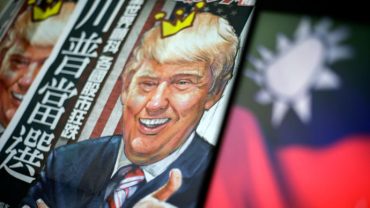