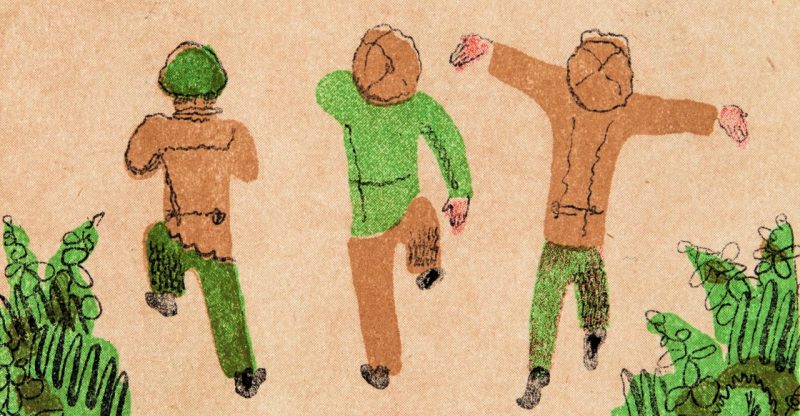 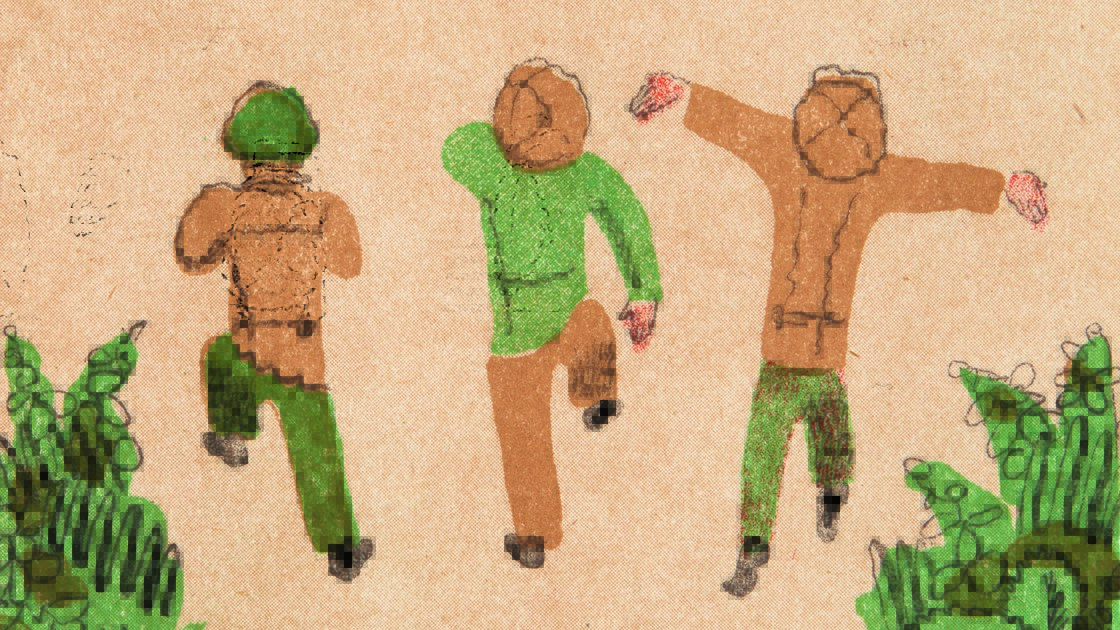 When my family left the collapsing U.S.S.R., we took with us the Russia we wanted to remember: classic volumes passed from one generation to the next, carbon-copied samizdat, and beloved mass-market storybooks, concealed in luggage and clothing. Every day after school in Israel, where we immigrated, my sister and I would sit in the kitchen, spellbound as my grandmother conjured up the ghosts of Russia’s literary past. As a child, my grandmother had considered reporting her parents to the authorities for their anti-Soviet talk; she had cried into her school uniform when Stalin died. But the de-Stalinization processes of the Thaw and Perestroika, in which archives were opened, and hundreds of thousands unjustly persecuted people freed and rehabilitated, released untold numbers of suppressed literary masterpieces to a public hungry for the truth. In teaching us about our heritage, my grandmother made the world-historical figures of the Soviet regime seem like footnotes in the nobler history of Russian poetry, if not outright objects of ridicule. Under her guidance, we committed to memory and performed innumerable Russian poems. One popular one from the early Soviet period had given Stalin his nickname, “the whiskered beetle,” which my grandmother uttered with special revulsion.

I thought of my grandmother recently, when I read “The Fire Horse,” a new translation of children’s poems, out from New York Review Books. In the volume, the translator Eugene Ostashevsky, a Russian émigré who is a talented experimental poet in his own right, presents the popular children’s verses of three major Russian poets—one each by the Russian Futurist Vladimir Mayakovsky, the antiquarian modernist Osip Mandelstam, and the absurdist Daniil Kharms. Rendered in a jubilant, spirited English, these narrative poems are accompanied by their original and beloved avant-garde illustrations. Both Mayakovsky and Kharms wrote children’s propaganda poems for the state, earning much-needed cash; Mandelstam, who couldn’t bear to write for hire, supported himself as a critic and translator and relied on his wife, the memoirist Nadezhda Mandelstam. But for their work as children’s authors all three poets drew upon the images and techniques used in their overtly experimental, subversive writings. Amid social upheaval, they spoke to young people over the heads of the censors about finding and defending the territory of the imagination.

In the 1927 Mayakovsky poem that gives the collection its title, for instance, a boy intent on becoming a cavalryman in the Red Army has to assemble his own hobbyhorse from scraps. He drags his father to plead for materials from the city’s artisans. Drawn by Lidia Popova as blocky paper dolls, the workers contribute piecemeal to the boy’s making of the Fire Horse. Ostashevsky’s translation telegraphs the spirit of revolution in this collaged creation:

You can go forward,

you can go backward!

or you can trot!

Its eyes are blue,

Its sides are dappled,

As a teen-ager in tsarist Russia, Mayakovsky was already attending anarchist meetings and distributing socialist leaflets. A stint in prison converted him into a poet; the Revolution made him a Communist. Proclaiming himself a “Bolshevik in art,” Mayakovsky founded innumerable avant-gardist groups that variously inspired or horrified the Soviet authorities in the nineteen-twenties. When he killed himself, in 1930, ostensibly because of romantic rejection, authorities were able to smooth his image into that of an exemplary Soviet writer. “Bridled” and “saddled” like the hobbyhorse he described, Mayakovsky’s legacy is still contested today. Renegade poets gather at his monument in Moscow to read their oppositional verses, while protests take place in Mayakovsky Metro Station and marches start from Mayakovsky Square.

If Mayakovsky was the sloganeering poet of the broad Moscow street, Mandelstam was a writer in the St. Petersburg tradition: a moody neoclassicist. In Mandelstam’s “Two Trams,” from 1925, Zam, a streetcar, looks for its companion, Click, which is lost in the city. Ostensibly inspired by the rapidly modernizing cityscape, the work is also a bitter homage to the poet Nikolai Gumilev, Mayakovsky’s friend, who was executed in 1921. Mandelstam’s amiable streetcars are overworked and in terrible shape: “Rattling and clattering over joints on the track / Gave Click a shattering platform-ache.” The illustrations, by Boris Ender, show the streetcars floating in a sea of undifferentiated blue, as if, for all its zeal, the machines’ brave new urban world constantly threatens to melt into thin air. For Mandelstam, less than a decade after he wrote “Two Trams,” it did. In 1934, he recited his notorious epigram on Stalin to dinner guests; he was denounced by one of them, arrested, exiled, arrested again, and sent to his death in the Gulag.

Daniil Kharms’s poem “Play,” the last one featured in “Fire Horse,” is the best known; I remember, as a child, running around and hollering its infectious stanzas. Kharms liked to say that that he despised kids, and devoted several stories to describing their brutal dismemberment. But, as the son of a legendary anarchist, Kharms had a sense for the affinity between insurrectionary politics and the rowdy, uncompromising imagination of children—and his books are still read widely by young Russians today. In “Play,” written in 1929, a fleet of small boys imagine whizzing around as cars, airplanes, and steamboats. But all they find, in the end, is an enormous cow in their path. Ostashevsky’s translation beautifully conveys the plodding steps of this creature, blocking the way to progress:

A cow was walking down the road

A cow was walking

With some real genuine horns

Walked towards them on the road,

Taking up the whole wide way

As Vladimir Konashevich’s tender illustrations indicate, this is hardly an industrialized utopia—subdued browns and olive greens evoke the village, rather than the city. Kharms’s lines captured the inchoate world inherited by his young readers, its new ambitions and old problems. Yet they relinquish none of their mischief for a compromise with reality.

Today, the revolutionary era of 1917 seems as distant as the Middle Ages—both to Russians and to Americans. In our efforts to understand it, through online quizzes and palimpsests, we resemble the Soviet children miming steamboats and airplanes in Kharms’s poem—in order to envision revolution, we have to launch ourselves into a world that doesn’t exist. Stalinism, on the other hand, is very much alive today. The Whiskered Beetle is polling better than ever among Russians, and Putin’s administration increasingly reverts to Soviet tactics to hold onto power: textbooks are being rewritten, archives are closing, censorship flourishes, and the opposition dies. Crucial to Putin’s project of an eternal state is making the idea of revolution unthinkable.

In the United States, meanwhile, discussions of children’s literature have lately focussed, understandably, on coping with feelings of fear and anxiety. But if today’s readers want to empower their children to construct a better world from the miserable resources of the present one, the crafty poems of “Fire Horse” are necessary literature. Teaching children to wildly identify themselves, their bodies, with the literal vehicles of revolution (the army horse, the streetcar, the airplane), to embody a leap of radical faith, they dismantle the kind of submissive consciousness that once made kids bitterly mourn a dictator. In doing so, they connect a generation of new readers to the revolutionary spirit of those who came before. Or, as “Fire Horse” ’s translator, Eugene Ostashevsky, puts it, in “The Pirate Who Does Not Know the Value of Pi,” his own newly published collection of poems about a swashbuckling duo lost at sea:

The pirate fell into deep thought.

“Will we exist when this book is over?” he suddenly asked. 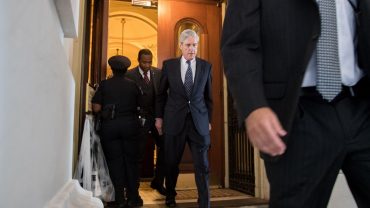