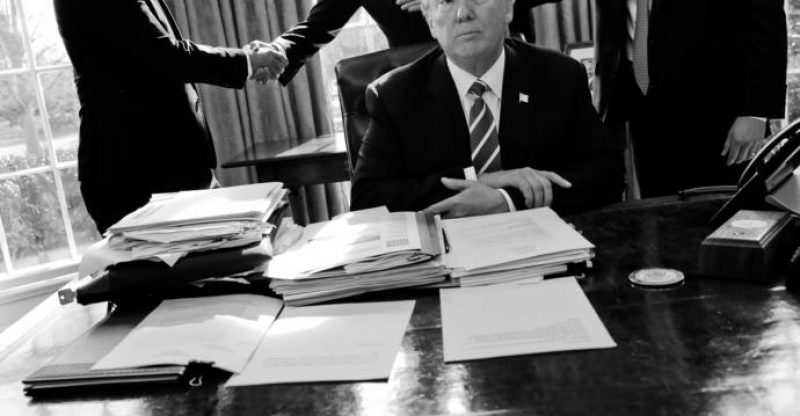 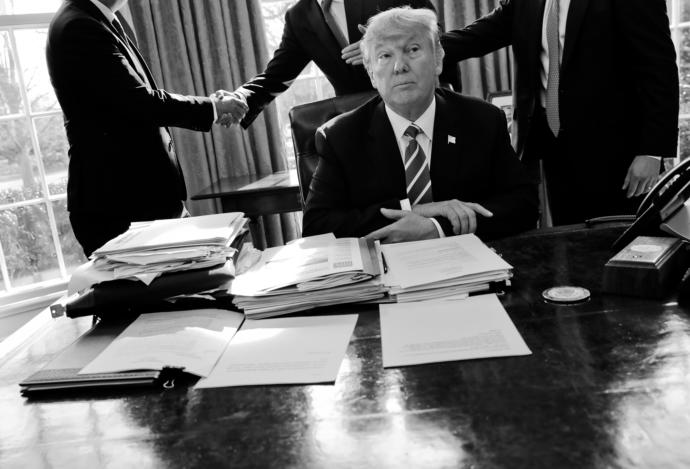 Members of the Trump Administration seem eager to disregard the ethics rules that they themselves created, and they have filed a surprising number of ethics waivers.CreditPHOTOGRAPH BY PABLO MARTINEZ MONSIVAIS

“It is time to drain the swamp in Washington, D.C.,” Donald Trump said last October, before presenting his “five-point plan” for improving ethical standards in government. “This is why I’m proposing a package of ethics reforms to make our government honest once again.” On January 28th, shortly after his Inauguration, Trump signed an executive order intended to show just how serious he was about ending the cozy Washington dealings of lobbyists and government officials. Among other things, the order imposed limitations on Administration officials, preventing them from working, for two years, on issues in government that they had previously advocated for as lobbyists, and mandating a five-year hiatus from lobbying after leaving government.

Trump said that his ethics rules were even more stringent than President Obama’s. Whether or not they actually are (and that’s debatable), members of the Trump Administration seem more than willing to disregard the ethics rules that they themselves created—and their behavior around the issue seems to suggest an alarmingly casual commitment to the rule of law.

Each Administration establishes its own ethics rules, often by executive order, which go beyond ethics laws codified by Congress (those laws require such things as financial-disclosure forms from government employees, the divestiture of assets if they pose conflicts, and recusal from government matters if they intersect with personal business). While the rules established by law are hard and fast, officials can be granted waivers from the looser executive-order rules. The Obama Administration granted a handful of such waivers over the course of its eight years. What’s startling with the Trump White House is just how many waivers have been issued so early in Trump’s term—more than a dozen were disclosed last week, with another twenty-four expected this week, according to a report in the Wall Street Journal—as well as the Administration’s attempt to keep them secret, all while seeming to flout the laws that dictate how the whole system should work.

The ethics waivers made public last week apply to numerous officials who are now working on matters affecting the same companies and industries they represented before joining the Administration. The documents were only released after the Office of Government Ethics pressed the Trump Administration to make them public, which is how they have been handled in the past; the White House initially refused, attempting to argue that the ethics office lacked the standing to even ask for them. After a struggle, the Administration relented, but many of the waivers it released were missing critical information, such as the dates when they were issued. One waiver in particular, which appears to apply to Trump’s chief strategist, Stephen Bannon, without specifically naming him, grants Administration staff permission to communicate with news organizations where they might have formerly worked (Breitbart News, in Bannon’s case). The Bannon-oriented waiver, issued by the “Counsel to the President,” contains the line “I am issuing this memorandum retroactive to January 20, 2017.”

Walter Shaub, the head of the Office of Government Ethics, quickly responded that there is no such thing as a “retroactive” ethics waiver. Shaub told the Times, “If you need a retroactive waiver, you have violated a rule.”

The White House appeared poised for a bitter, prolonged confrontation with the energetic Shaub, who has embraced his role as the lone independent voice within the government on the Trump Administration and ethics conflicts. But then the White House spokesman attempted to put the matter to rest with a novel argument, that the President can basically do whatever he wants: “This didn’t have to do with the law or regulations,” Sean Spicer said, on June 2nd. “This had to do with the President’s pledge—so he is the ultimate decider on that.” (Separate from his executive order, Trump also made promises about how he would address concerns about his own business conflicts; one promise, to donate all foreign-government profits at his hotels to the U.S. Treasury, has not yet been supported by documentation. His Washington, D.C., hotel is popular among foreign lobbyists; the Journal reported that a group representing the Saudis spent two hundred and seventy thousand dollars at the hotel while they were in town lobbying against a bill that would allow U.S. citizens to sue other countries over terror attacks.)

“We have a system of regulations and laws, with standards of interpretation, to hold people accountable and require them to follow the rules, until the rules are properly changed,” said Trevor Potter, the former chairman of the F.E.C., who was appointed by George H. W. Bush. “And what’s going on here is they are saying that these rules don’t apply unless the President wants them to. They seem to be thinking, because they are his own rules, they mean whatever he says they mean and they only apply when he wants them to. But that’s not how an executive order works. It has the force of law, and it applies until you change it.”

Under normal circumstances, and as in past Administrations, both Republican and Democratic, serious violations would be referred to the Department of Justice, now headed by Jeff Sessions, to investigate and possibly prosecute (there is no sign that this is happening now). The Government Ethics Office and its director, Shaub, only possess the authority to investigate the ethics rules, not to enforce them. Congress probably never imagined that a President would so aggressively push the limits.

“The assumption has always been that a Department of Justice, functioning independently and at arm’s length from the White House, would enforce the law, and do the right thing. And that now appears to not be happening,” Potter said. “Congress could hold hearings, and expose all this, but that would require an independent Congress that’s watchdogging the Trump administration. And we don’t have that.” 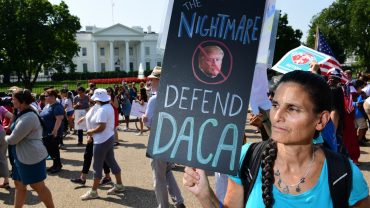