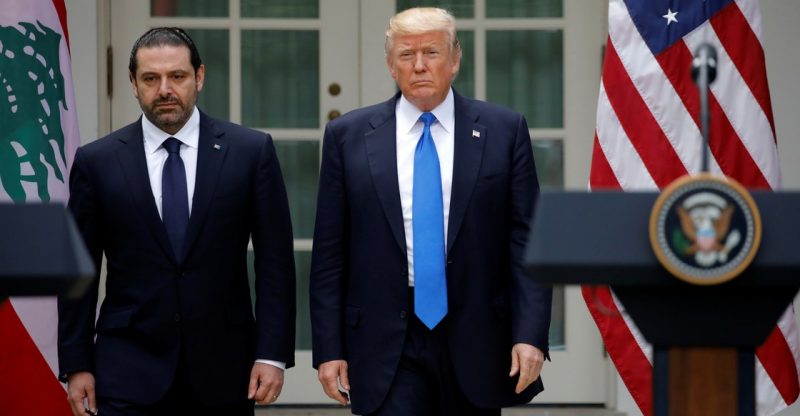 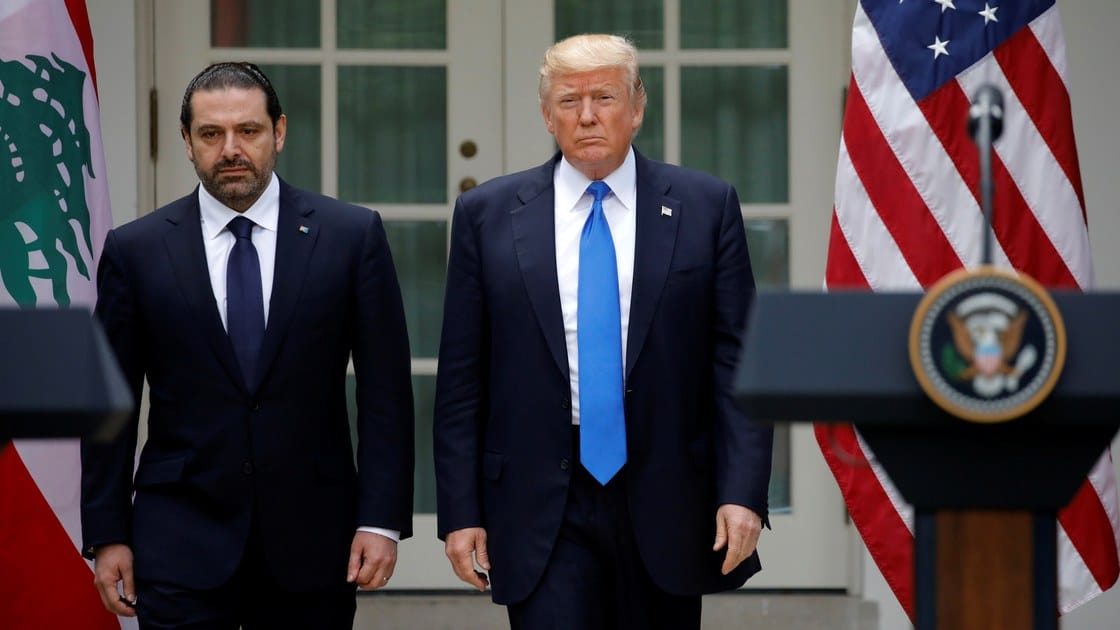 Max Boot, a lifelong conservative who advised three Republican Presidential candidates on foreign policy, keeps a folder labelled “Trump Stupidity File” on his computer. It’s next to his “Trump Lies” file. “Not sure which is larger at this point,” he told me this week. “It’s neck-and-neck.”

Six months into the Trump era, foreign-policy officials from eight past Administrations told me they are aghast that the President is still so witless about the world. “He seems as clueless today as he was on January 20th,” Boot, who is now a senior fellow at the Council on Foreign Relations, said. Trump’s painful public gaffes, they warn, indicate that he’s not reading, retaining, or listening to his Presidential briefings. And the newbie excuse no longer flies.

“Trump has an appalling ignorance of the current world, of history, of previous American engagement, of what former Presidents thought and did,” Geoffrey Kemp, who worked at the Pentagon during the Ford Administration and at the National Security Council during the Reagan Administration, reflected. “He has an almost studious rejection of the type of in-depth knowledge that virtually all of his predecessors eventually gained or had views on.”

Criticism of Donald Trump among Democrats who served in senior national-security positions is predictable and rife. But Republicans—who are historically ambitious on foreign policy—are particularly pained by the President’s missteps and misstatements. So are former senior intelligence officials who have avoided publicly criticizing Presidents until now.

“The President has little understanding of the context”—of what’s happening in the world—“and even less interest in hearing the people who want to deliver it,” Michael Hayden, a retired four-star general and former director of both the C.I.A. and the National Security Agency, told me. “He’s impatient, decision-oriented, and prone to action. It’s all about the present tense. When he asks, ‘What the hell’s going on in Iraq?’ people around him have learned not to say, ‘Well, in 632 . . . ’ ” (That was the year Islam was founded.)

“He just doesn’t have an interest in the world,” Hayden said.

I asked top Republican and intelligence officials from eight Administrations what they thought was the one thing the President needs to grasp to succeed on the world stage. Their various replies: embrace the fact that the Russians are not America’s friends. Don’t further alienate the Europeans, who are our friends. Encourage human rights—a founding principle of American identity—and don’t make priority visits to governments that curtail them, such as Poland and Saudi Arabia. Understand that North Korea’s nuclear program can’t be outsourced to China, which can’t or won’t singlehandedly fix the problem anyway, and realize that military options are limited. Pulling out of innovative trade deals, like the Trans-Pacific Partnership, will boost China’s economy and secure its global influence—to America’s disadvantage. Stop bullying his counterparts. And put the Russia case behind him by coöperating with the investigation rather than trying to discredit it.

Trump’s latest blunder was made during an appearance in the Rose Garden with Lebanon’s Prime Minister, Saad Hariri, on July 25th. “Lebanon is on the front lines in the fight against ISIS, Al Qaeda, and Hezbollah,” Trump pronounced. He got the basics really wrong. Hezbollah is actually part of the Lebanese government—and has been for a quarter century—with seats in parliament and Cabinet posts. Lebanon’s Christian President, Michel Aoun, has been allied with Hezbollah for a decade. As Trump spoke, Hezbollah’s militia and the Lebanese Army were fighting ISIS and an Al Qaeda affiliate occupying a chunk of eastern Lebanon along its border with Syria. They won.

The list of other Trump blunders is long. In March, he charged that Germany owed “vast sums” to the United States for NATO. It doesn’t. No NATO member pays the United States—and never has—so none is in arrears. In an interview with the Wall Street Journal, in April, Trump claimed that Korea “actually used to be part of China.” Not true. After he arrived in Israel from Saudi Arabia, in May, Trump said that he had just come from the Middle East. (Did he even look at a map?) During his trip to France, in July, the President confused Napoleon Bonaparte, the diminutive emperor who invaded Russia and Egypt, with Napoleon III, who was France’s first popularly elected President, oversaw the design of modern Paris, and is still the longest-serving head of state since the French Revolution (albeit partly as an emperor, too). And that’s before delving into his demeaning tweets about other world leaders and flashpoints.

“The sheer scale of his lack of knowledge is what has astounded me—and I had low expectations to begin with,” David Gordon, the director of the State Department’s policy-planning staff under Condoleezza Rice, during the Bush Administration, told me.

Trump’s White House has also flubbed basics. It misspelled the name of Britain’s Prime Minister three times in its official schedule of her January visit. After it dropped the “H” in Theresa May, several British papers noted that Teresa May is a soft-porn actress best known for her films “Leather Lust” and “Whitehouse: The Sex Video.” In a statement last month, the White House called Xi Jinping the President of the “Republic of China”—which is the island of Taiwan—rather than the leader of the People’s Republic, the Communist mainland. The two nations have been epic rivals in Asia for more than half a century. The White House also misidentified Shinzo Abe as the President of Japan—he’s the Prime Minister—and called the Prime Minister of Canada “Joe” instead of Justin Trudeau.

Trump’s policy mistakes, large and small, are taking a toll. “American leadership in the world—how do I phrase this, it’s so obvious, but apparently not to him—is critical to our success, and it depends eighty per cent on the credibility of the President’s word,” John McLaughlin, who worked at the C.I.A. under seven Presidents, from Richard Nixon to George W. Bush, and ended up as the intelligence agency’s acting director, told me. “Trump thinks having a piece of chocolate cake at Mar-a-Lago bought him a relationship with Xi Jinping.” He came in as the least prepared President we’ve had on foreign policy, McLaughlin added. “Our leadership in the world is slipping away. It’s slipping through our hands.”

And a world in dramatic flux compounds the stakes. Hayden cited the meltdown in the world order that has prevailed since the Second World War; the changing nature of the state and its power; China’s growing military and economic power; and rogue nations seeking nuclear weapons, among others. “Yet the most disruptive force in the world today in the United States of America,” the former C.I.A. director said.

The closest similarity to the Trump era was the brief Warren G. Harding Administration, in the nineteen-twenties, Philip Zelikow, who worked for the Reagan and two Bush Administrations, and who was the executive director of the 9/11 Commission, told me. Harding, who died, of a heart attack, after twenty-eight months in office, was praised because he stood aside and let his Secretary of State, Charles Evans Hughes, lead the way. Hughes had already been governor of New York, a Supreme Court Justice, and the Republican Presidential nominee in 1916, losing narrowly to Woodrow Wilson, who preceded Harding.

Under Trump, the White House has seized control of key foreign-policy issues. The President’s son-in-law, Jared Kushner, a real-estate developer, has been charged with brokering Middle East peace, navigating U.S.-China relations, and the Mexico portfolio. In April, Kushner travelled to Iraq to help chart policy against ISIS. Washington scuttlebutt is consumed with tales of how Trump has stymied his own Secretary of State, Rex Tillerson, the former C.E.O. of ExxonMobil.

“The national-security system of the United States has been tested over a period of seventy years,” John Negroponte, the first director of national security and a former U.N. Ambassador, told me. “President Trump disregards the system at his peril.”

Trump’s contempt for the U.S. intelligence community has also sparked alarm. “I wish the President would rely more on, and trust more, the intelligence agencies and the work that is produced, sometimes at great risk to individuals around the world, to inform the Commander-in-Chief,” Mitchell Reiss, who was chief of the State Department’s policy-planning team under Secretary of State Colin Powell, told me.

Republican critics are divided on whether Trump can grow into the job. “Trump is completely irredeemable,” Eliot A. Cohen, who was counselor to Condoleezza Rice at the State Department, told me. “He has a feral instinct for self-survival, but he’s unteachable. The ban on Muslims coming into the country and building a wall, and having the Mexicans pay for it, that was all you needed to know about this guy on foreign affairs. This is a man who is idiotic and bigoted and ignorant of the law.” Cohen was a ringleader of an open letter warning, during the campaign, that Trump’s foreign policy was “wildly inconsistent and unmoored.”

But other Republicans from earlier Administrations still hold out hope. “Whenever Trump begins to learn about an issue—the Middle East conflict or North Korea—he expresses such surprise that it could be so complicated, after saying it wasn’t that difficult,” Gordon, from the Bush Administration, said. “The good news, when he says that, is it means he has a little bit of knowledge.” So far, however, the learning curve has been pitifully—and dangerously—slow.