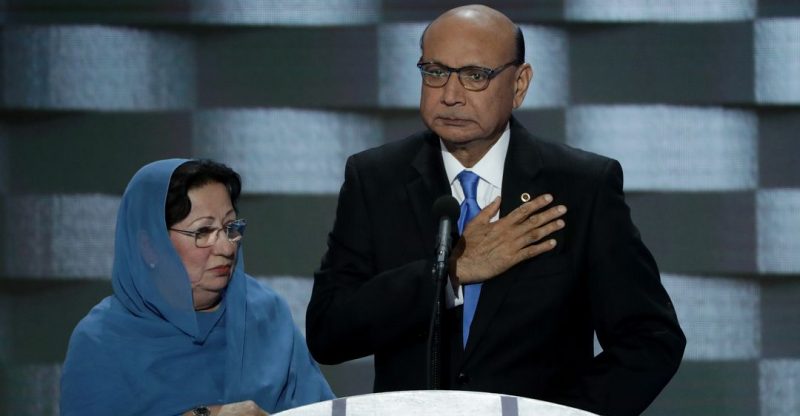 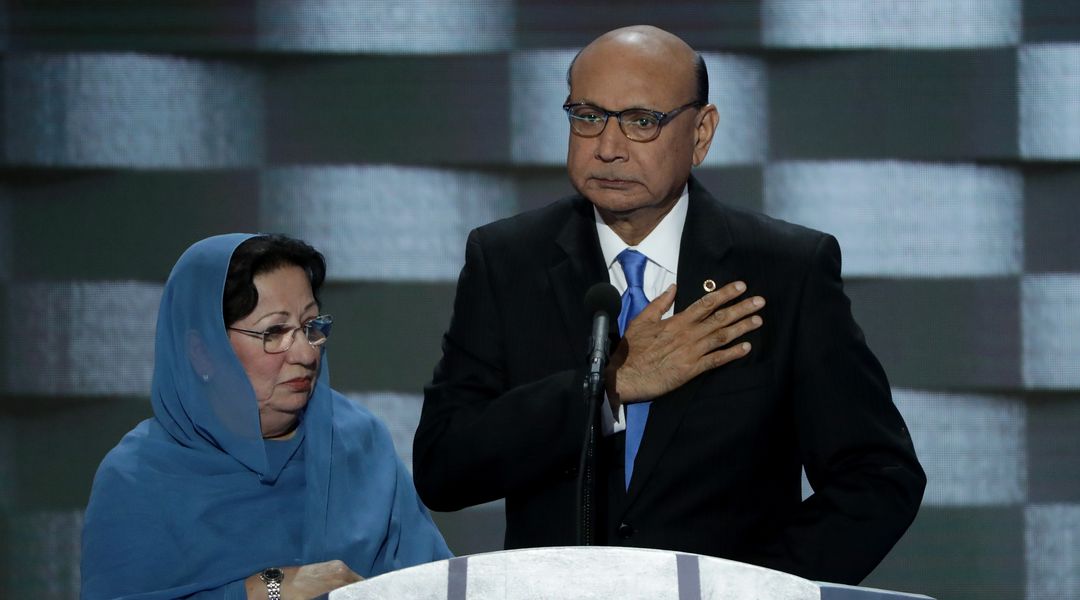 The most emotional moment of the Democratic National Convention was the speech by Khizr Khan, the bereaved father of Army Captain Humayun Khan. With his wife Ghazala by his side, Khan recalled his son’s character, his faith, his patriotism — and, ultimately, his courageous death in the service of the country he loved, and the fellow soldiers he was protecting.

And, yes, the Khan family is Muslim. Under Trump’s proposed policies, they would be innately suspect; had he been president when they immigrated to America, they would’ve been barred from entering, and Humayun Khan never would have served.

“Have you ever been to Arlington Cemetery?” Khan asked Trump. “Go look at the graves of brave patriots who died defending the United States of America. You will see all faiths, genders and ethnicities. You have sacrificed nothing and no one.”

“If you look at his wife, she was standing there,” he said, on national television. “She had nothing to say. She probably, maybe she wasn’t allowed to have anything to say. You tell me.”

This wasn’t a slip of the tongue. In an interview with Maureen Dowd, Trump took the same tack. “I’d like to hear his wife say something,” he said.

Let’s be very clear about what Trump is doing here: as ABC wrote, he’s suggesting “Khan’s wife didn’t speak because she was forbidden to as a Muslim.” This is bullshit. It is flatly, verifiably, false. But that’s almost beside the point.

Trump listened to a speech by the bereaved father of a fallen Muslim soldier and used it to slander the fallen soldier’s family. That was his response. That is his character.

At this point, I honestly don’t know what to say. I don’t have new language for this, I haven’t found another way of saying this isn’t okay, this isn’t kind, this isn’t decent. Instead, I’ll note James Fallows’s response. He quotes Joseph Welch, speaking to Senator Joseph McCarthy in 1954.

“Until this moment,” he said, “I think I never really gauged your cruelty.”

If you would like to see Ghazala Khan speak, you can do so in this interview she gave to MSNBC’s Lawrence O’Donnell. As Fallows writes, she breaks down sobbing while speaking of her son. It suggests she let her husband give the DNC speech for a simple reason: she remains overwhelmed by grief.

This is the woman Trump decided to slander. This is the gauge of his cruelty.

Trump also wanted the Khans to know that, like them, he had sacrificed for this country.

I honestly do not understand how a human being can respond to a family that lost their son for this country by saying that he has sacrificed too, he’s worked really hard, he’s built “great structures,” he’s had “tremendous success.”