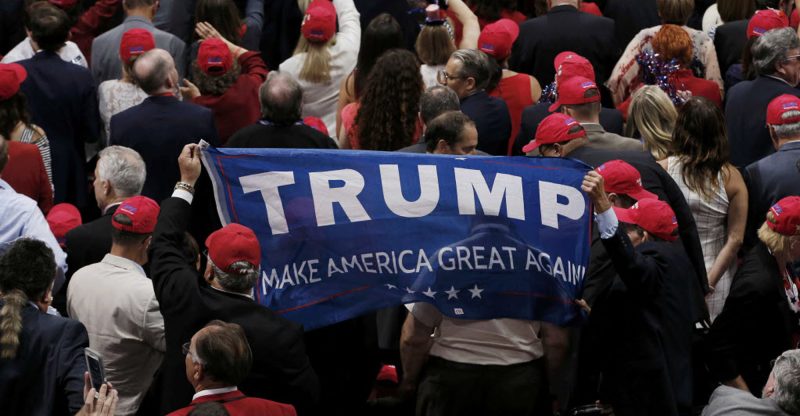 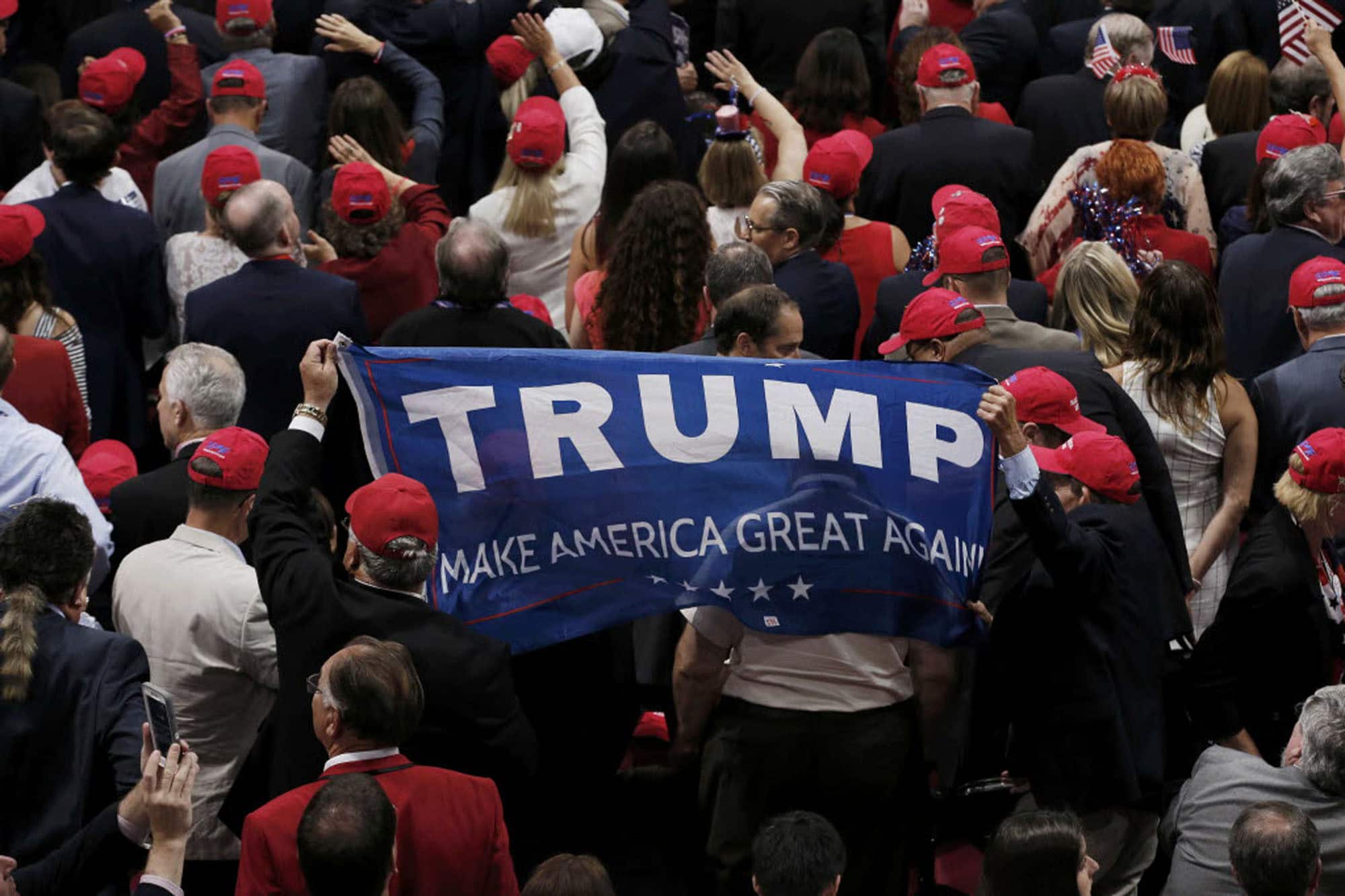 When J.D. Vance was a boy, his beloved grandmother “Mamaw” told her boozer husband that if he ever came home drunk again, she’d kill him. When he did, and passed out on the couch, she got a gasoline can, poured fuel all over him and dropped a lit match on his chest. He survived with mild burns, and later quit drinking.

One time when J.D.’s mom took exception to something the boy said in the car, she hit the accelerator and sped up to 100 miles per hour, screaming that she was going to kill them both. When he jumped in the backseat hoping to protect himself from the impact, he recalls, she instead pulled the car over “to beat the s- -t out of me.” The evening concluded with Mom being hauled away in a police car.

One of J.D.’s stepdads, Bob, though kindhearted, had a bad case of “Mountain Dew mouth.” Half his teeth had fallen out, the other half were black, brown and misshapen.

J.D. and his people are called rednecks, white trash, hillbillies. But Vance made it out of the holler, way out. The Marines led him to Ohio State, then Yale Law School and finally a job as a principal at a Silicon Valley investment firm. Looking back on his youth, and all he fled, yields a frank, unsentimental, harrowing memoir, “Hillbilly Elegy.” It’s a superb book given an extra layer of importance by its political reverberations: When Vance returns home these days, he sees yard after yard festooned with Trump signs.

Nancy Pelosi says blue-collar white men vote “against their own economic interests” because of guns, gays and God, “God being the woman’s right to choose.” The Washington Post noted that this group does care about gun rights more than the average voter but it’s a myth that their views on gays and God differ much from everyone else’s, and Pelosi’s regal dismissal of the bitter clingers is not only too reductive, it’s an attitude that drives voters away from the Democratic Party.

Though “Hillbilly Elegy” is about people, not politics, it is an eye-opening field guide to an unruly and hard-to-understand group, many of them born and bred Democrats, who could cost Hillary Clinton what looked like an easy election win. White voters without a college degree have favored Republicans for some time — they voted for Mitt Romney by 18 points in 2012 — but they love Donald Trump. In an average of six polls this month, he is beating Clinton by a margin of 58 to 30 among these voters. The massive swing of white working-class voters, who made up 44 percent of the electorate in 2012, could more than cancel out her strengths among minorities and the college-educated.

Vance paints a picture of a world exactly like the one Trump described in his acceptance speech 10 days ago. He grew up in Jackson, Ky., and nearby Middletown, Ohio, a once-prosperous industrial town where everyone seemed to work for the steel company Armco. Back in the 1960s, the company would actively recruit new workers from the hills of eastern Kentucky, taking care to preserve families by encouraging relatives to move in also. “For my grandparents,” Vance writes, “Armco was an economic savior — the engine that brought them from the hills of Kentucky to America’s middle class.” Vance’s Papaw would proudly stop by car dealerships to explain to J.D. that this or that car was built with Armco steel. He retired with a generous pension.

It is an eye-opening field guide to an unruly and hard-to-understand group, many of them born and bred Democrats.

After a 1989 merger with Kawasaki, the company became AK Steel. It still exists, but many factory jobs in Middletown disappeared. Real-estate prices collapsed. Those who could afford to cut their losses left town; others were trapped in houses they couldn’t sell because they were worth less than what was owed on the mortgages. Downtown, prosperous shops turned into empty storefronts and poverty-exploiting businesses like cash-for-gold shops and payday lenders. Two local malls that were bustling as recently as the early 1990s are now dead, one of them turned into a parking lot. Crime and dread began to infect the night. “A street that was once the pride of Middletown today serves as a meeting spot for druggies and dealers,” Vance says.

Vance shuttled between the care of Mamaw and his mother, who burned through men and drugs. Once she was fired from her nursing job for rollerskating through the hospital, high on prescription meds she had stolen from the pharmacy. In a moment of panic, she once asked her son for a urine sample so she could pass a surprise whiz quiz as a condition of her job. He complied, feeling shamed and dirtied.

There are decaying post-industrial Middletowns all over the map. In 1970, Vance notes, 25 percent of white children lived in neighborhoods with poverty rates above 10 percent. By 2000 the figure had risen to 40 percent, and Vance believes it is higher today. The life expectancy for Vance’s people is declining.

Trump’s promises to stand up to the Chinese are resonating, as is his message that “the system is rigged” against a proud group of Americans, Americans who built the postwar glory but now feel they’re being ignored or outright mocked. White trash is the one ethnic group it is still OK to make fun of.

“Humans appear to have some need to look down on someone; there’s just a basic tribalistic impulse in all of us,” Vance recently told The American Conservative. “And if you’re an elite white professional, working-class whites are an easy target: You don’t have to feel guilty for being a racist or a xenophobe. By looking down on the hillbilly, you can get that high of self-righteousness and superiority without violating any of the moral norms of your own tribe.”

Mapping the politics of Vance’s clannish, resentful neighbors is challenging, even exasperating. Hillbillies pride themselves on distinguishing the deserving poor from the lazy moochers, but Vance points out that it’s a fuzzy line. His grandmother would lash out at the government for doing too much, then for doing too little. She’d ask why society could afford aircraft carriers but not enough drug-rehab centers. She’d complain that the rich weren’t paying their fair share. But she and J.D. would be just as angry at people who paid for T-bone steaks with food stamps and hated the idea of the government using Section 8 housing vouchers so that poor people could move in next door — poor people “like us,” Vance says. She’d say people wouldn’t have so many problems if they were forced to work for their benefit checks. 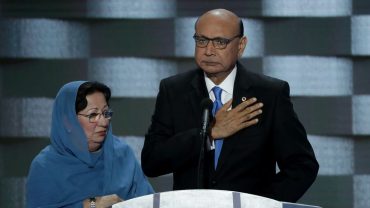